LITTLE JIMI’s upcoming record ‘The Cantos’ is none other than the sonic initiation story of Jimi, a strange kid whose schizophrenic personality is a doorway toward an in-depth introspective and fanciful musical universe. Space rock, trippy doom and a bit of grunge are perfectly mixed here, bearing elements as disparate as hypnotic and mythological riffs in the vein of Mr. Bison or Elephant Tree, and All Them Witches’s creative subtlety. Commenting on the album the band say : “The Cantos project – music and artwork – is inspired by writings about travel, such as Homer’s Odyssey. It has been a common thread for the whole musical creation, we knew where we wanted to go from the beginning. We took as time as we needed to write and create this record, we didn’t rush so nothing was left to chance. The Cantos is an item that we are really proud of.”

The artwork – by Emy Rojas from Arrache-toi Un Oeil art studio – illustrates the album’s six tracks by staging Jimi and his friend Katus (teddy bear/monster as strange as dangerous).

Recorded at Mana Studio (Chateauneuf, France) by Manuel Meslier and mastered par Pierre Etchandy, their upcoming album ‘The Cantos’ is coming out on August 20th 2021 on digital and on September 17th 2021 on LP (orange splatter). 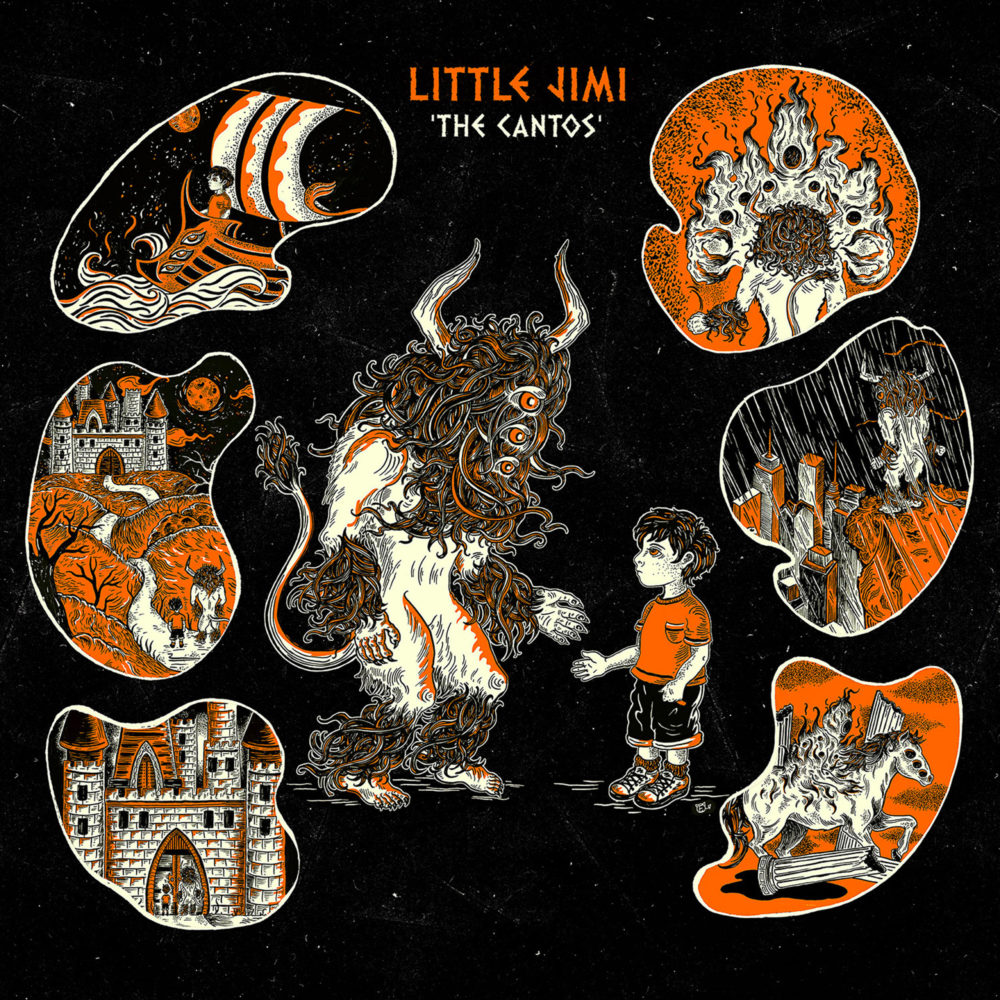